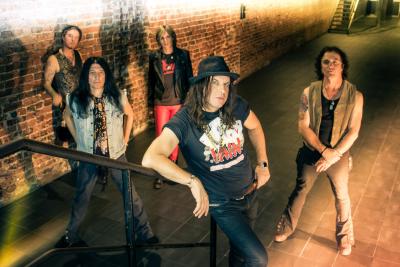 After recording a demo, Davy Vain founded Vain in 1986, adding Dylana Nova (formerly Jamie Scott before coming out as transgender), Danny West, Ashley Mitchell and drummer Tom Rickard to the lineup. They signed with Island Records in 1988, before releasing their debut album the following year, titled No Respect, which peaked at number 154 on the Billboard 200.

Though they recorded a second album, Vain were released by Island in 1991, with West and Rickard departing the same year. Following the addition of both Shawn Rorie and former Guns N' Roses drummer Steven Adler, Vain renamed themselves Road Crew. However, they also disbanded in 1991. The band reformed in 1993 and went through a number of lineup changes for the release of their next two studio albums. By 2005, Scott and West had returned to the band, while Rickard would rejoin them in 2009 (before departing again the following year).